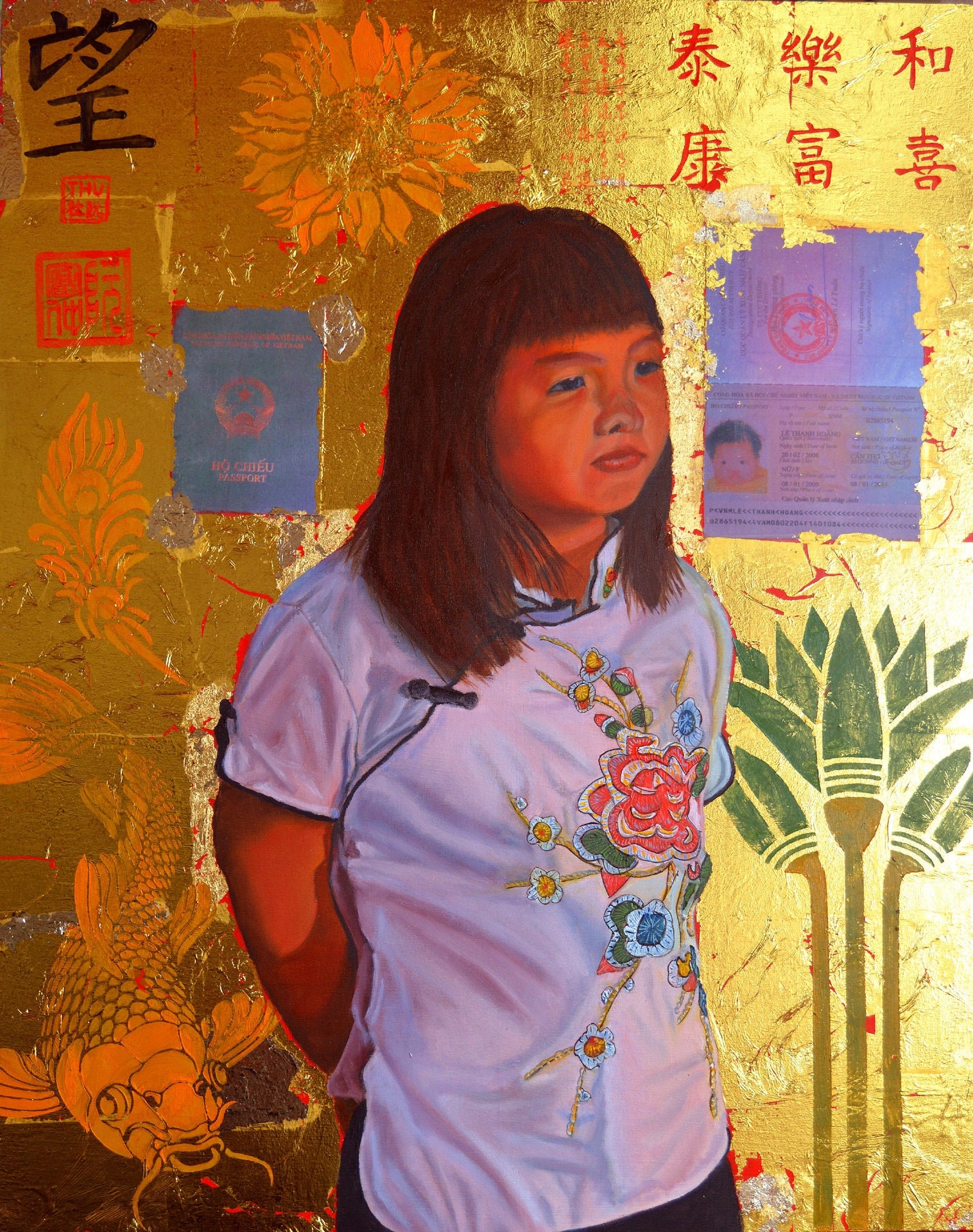 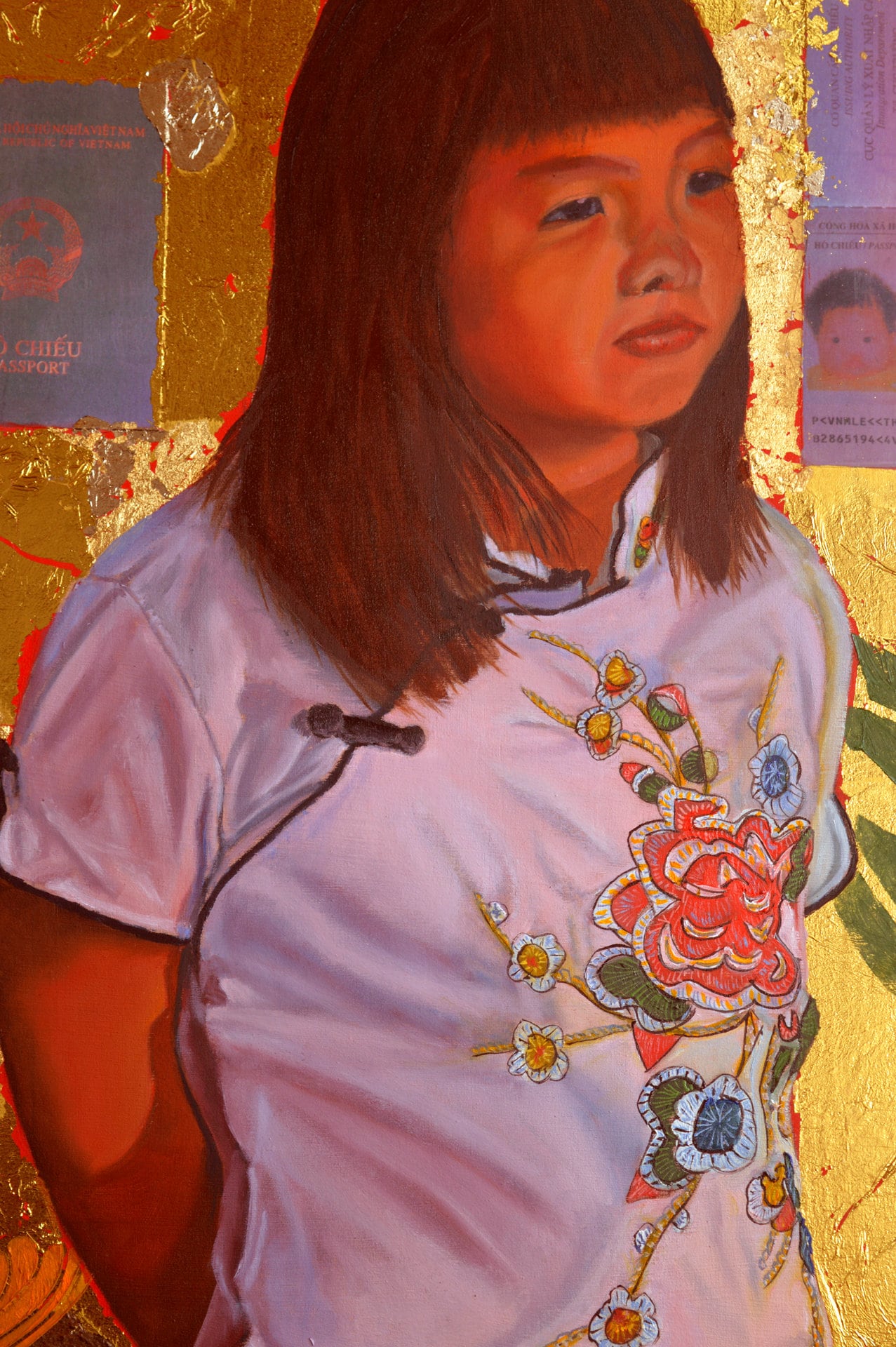 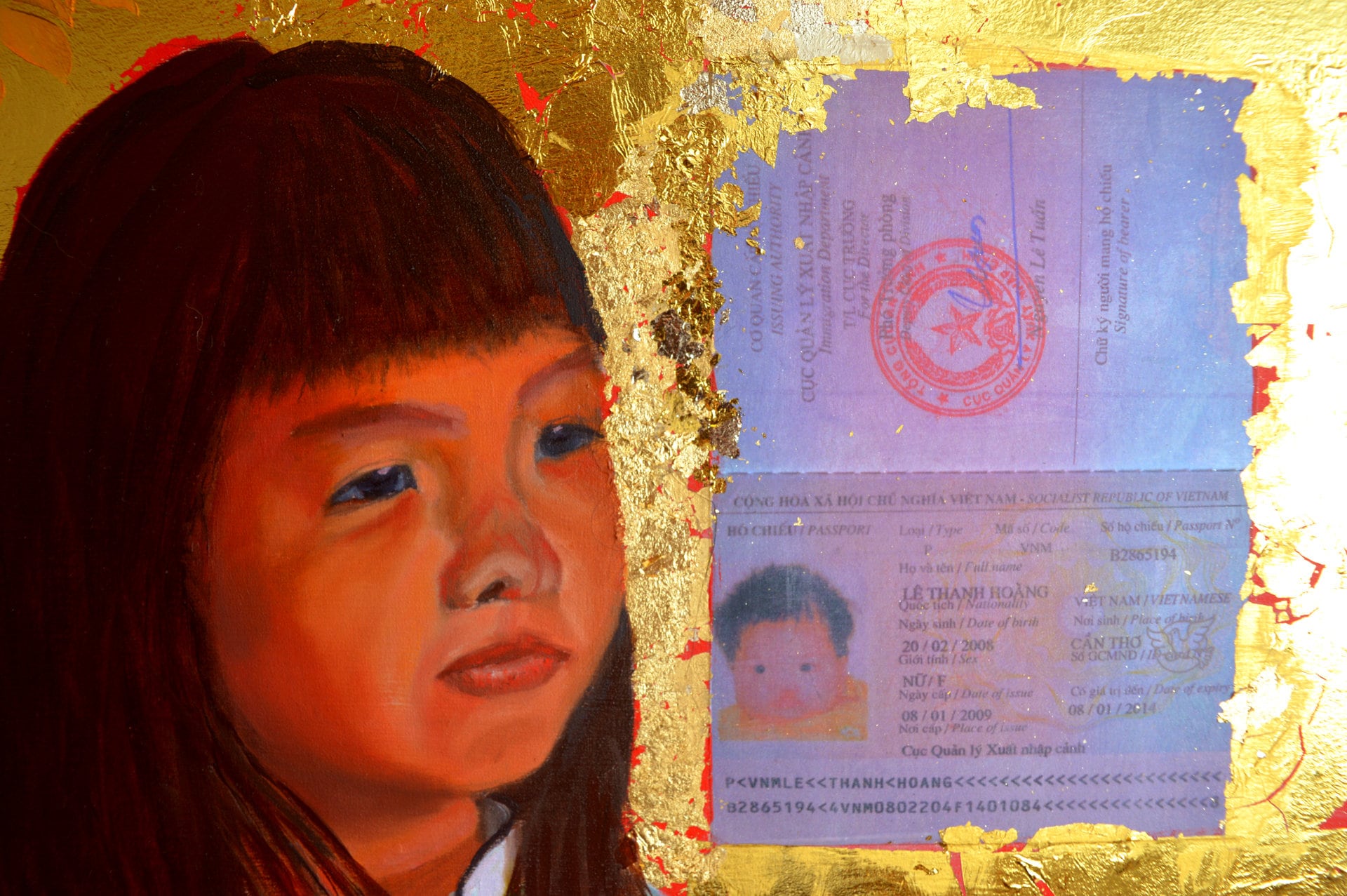 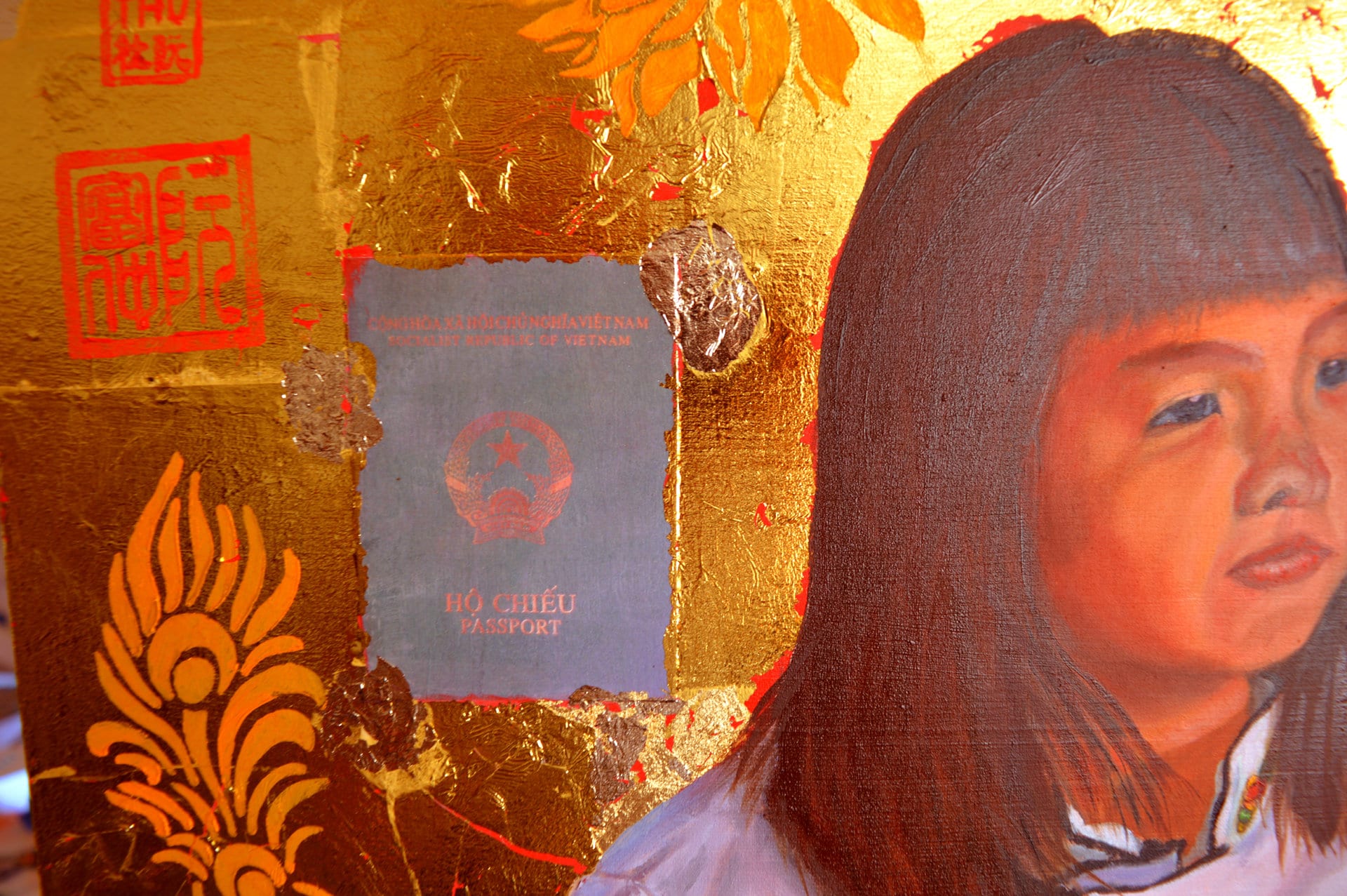 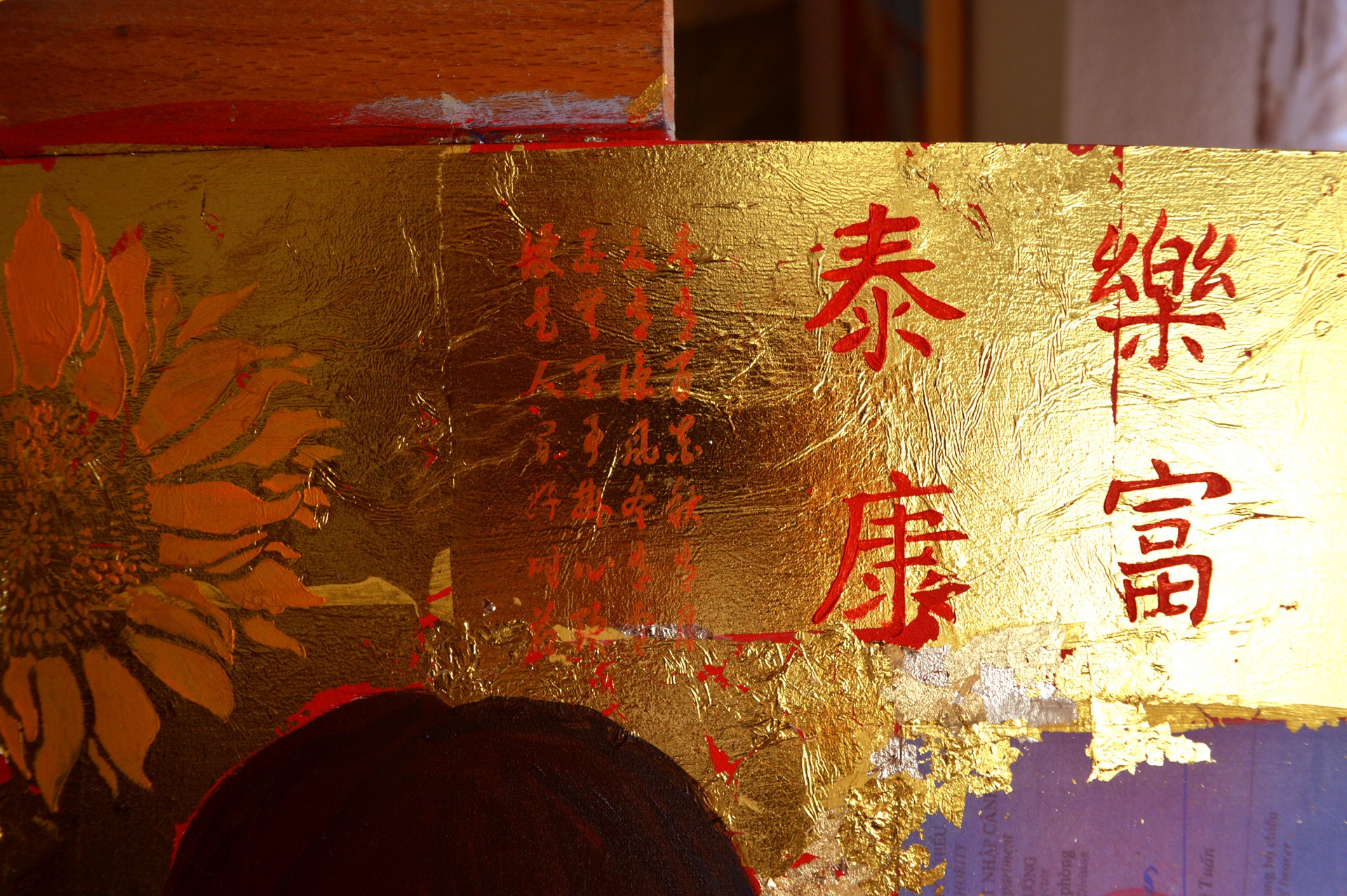 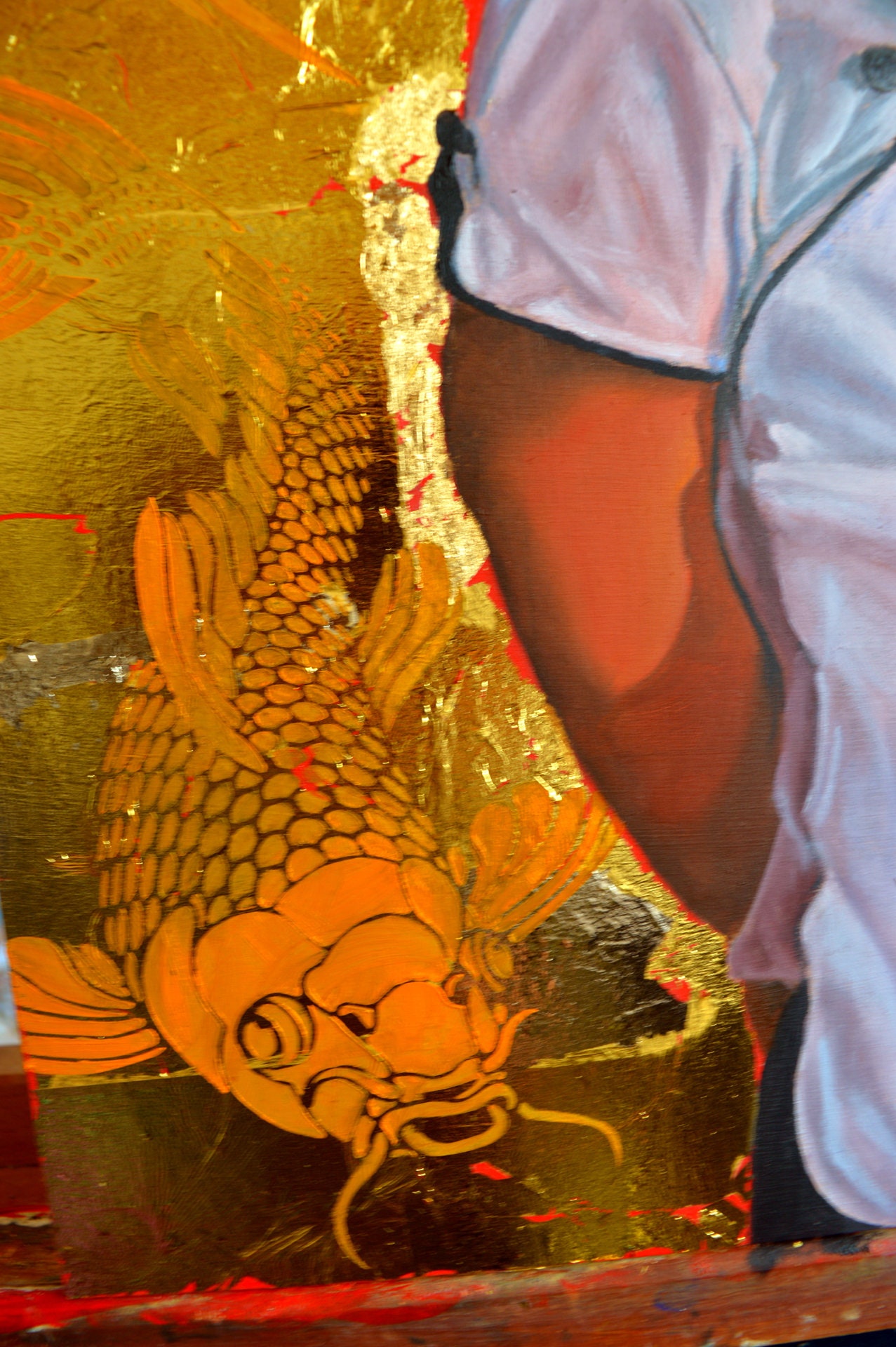 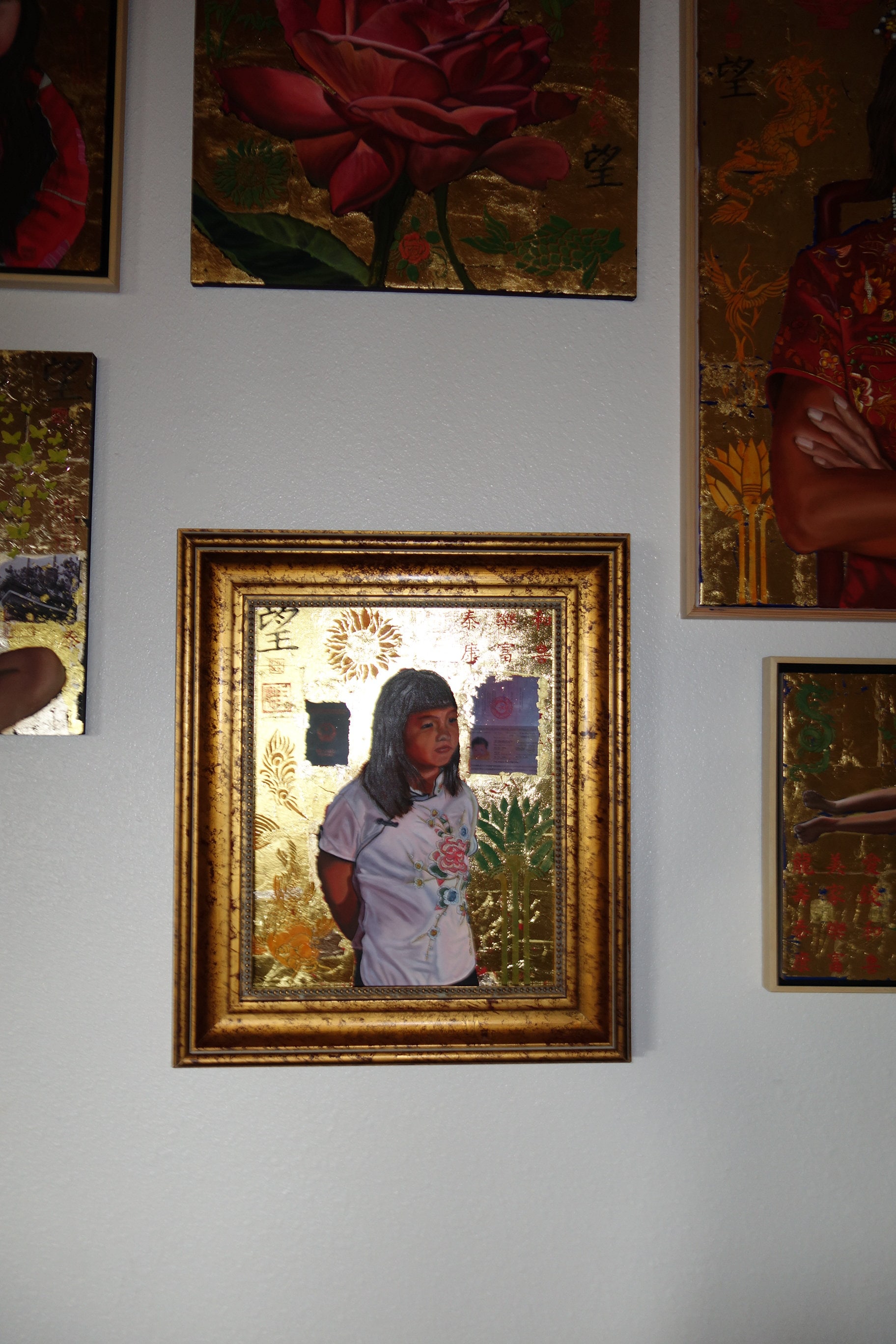 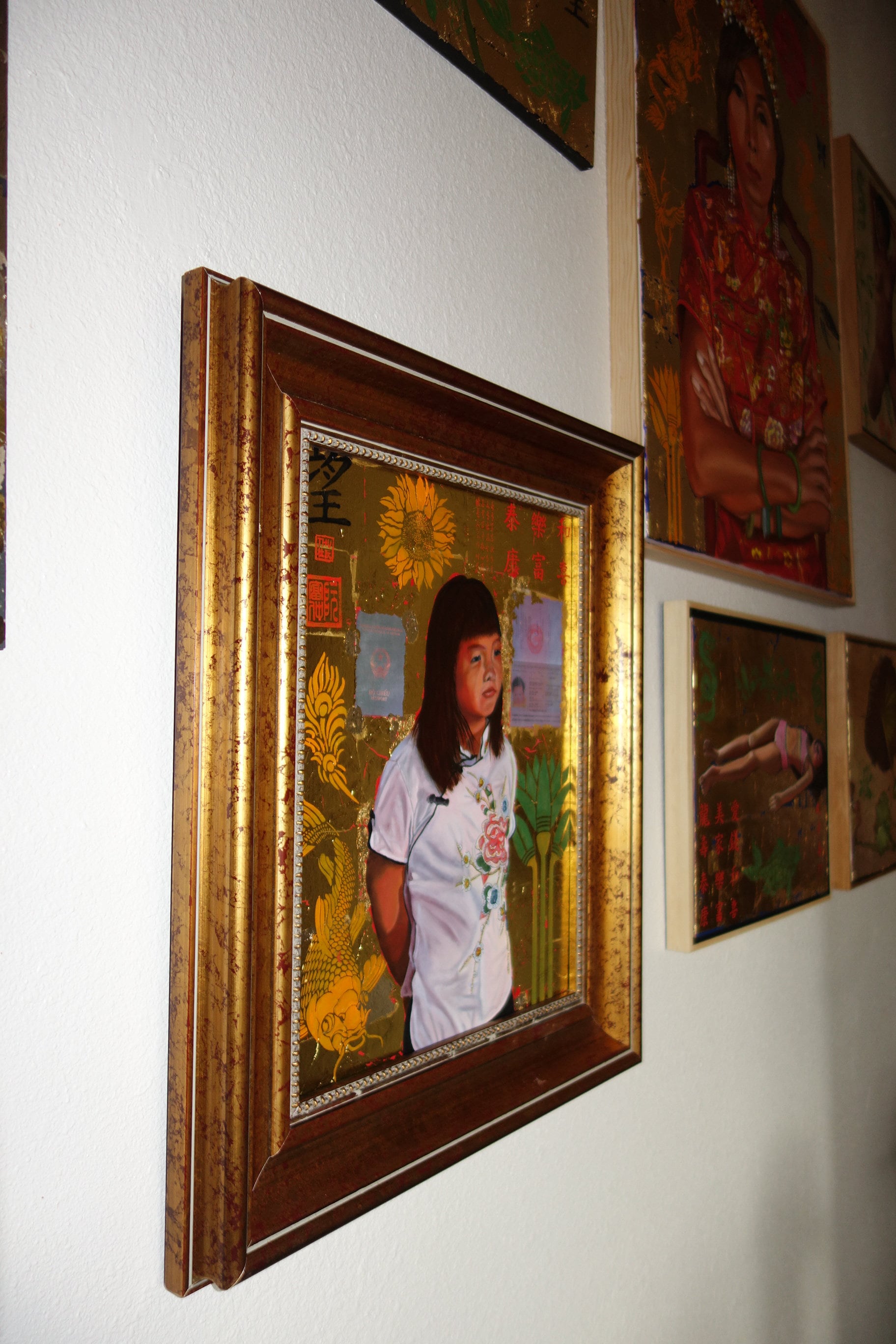 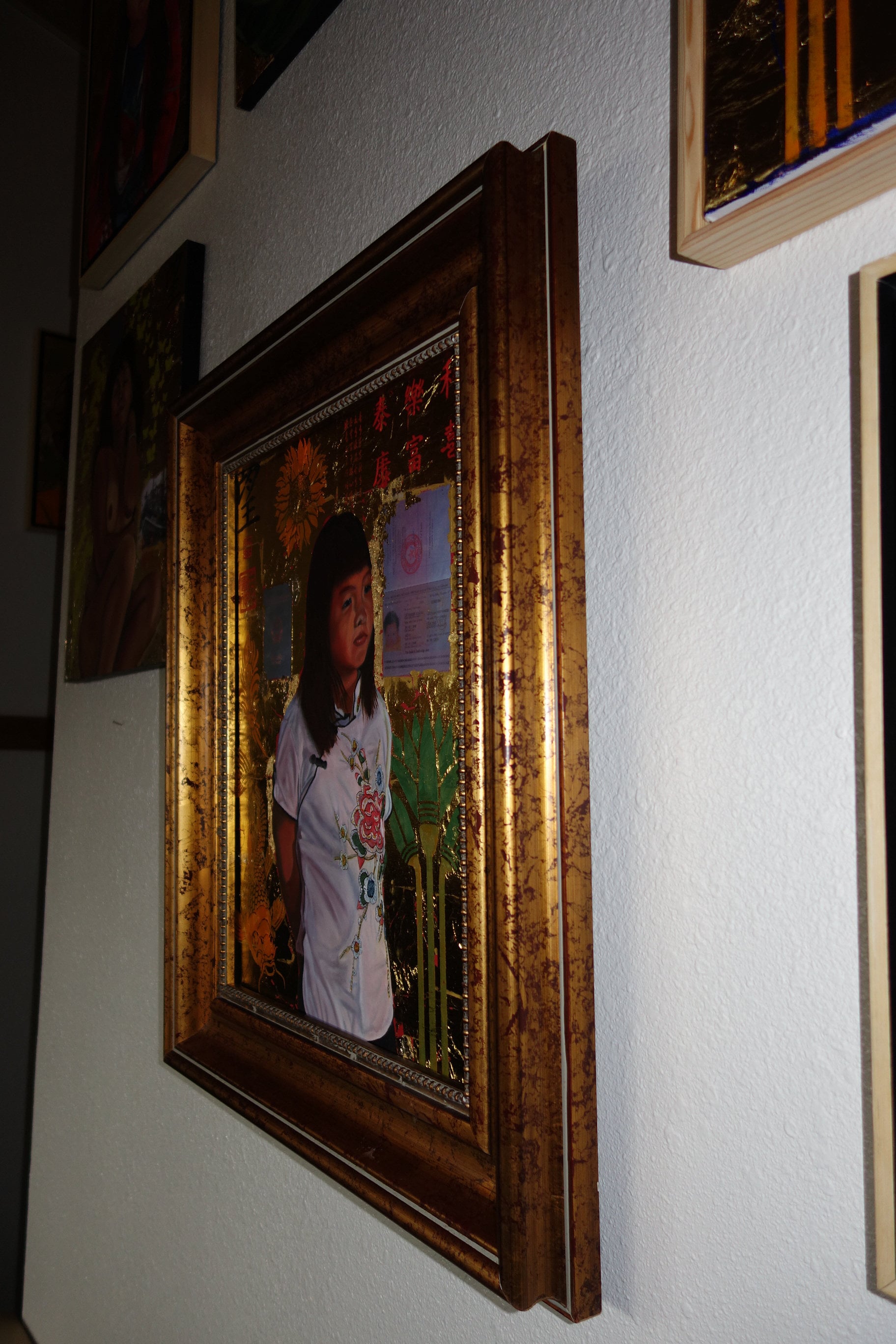 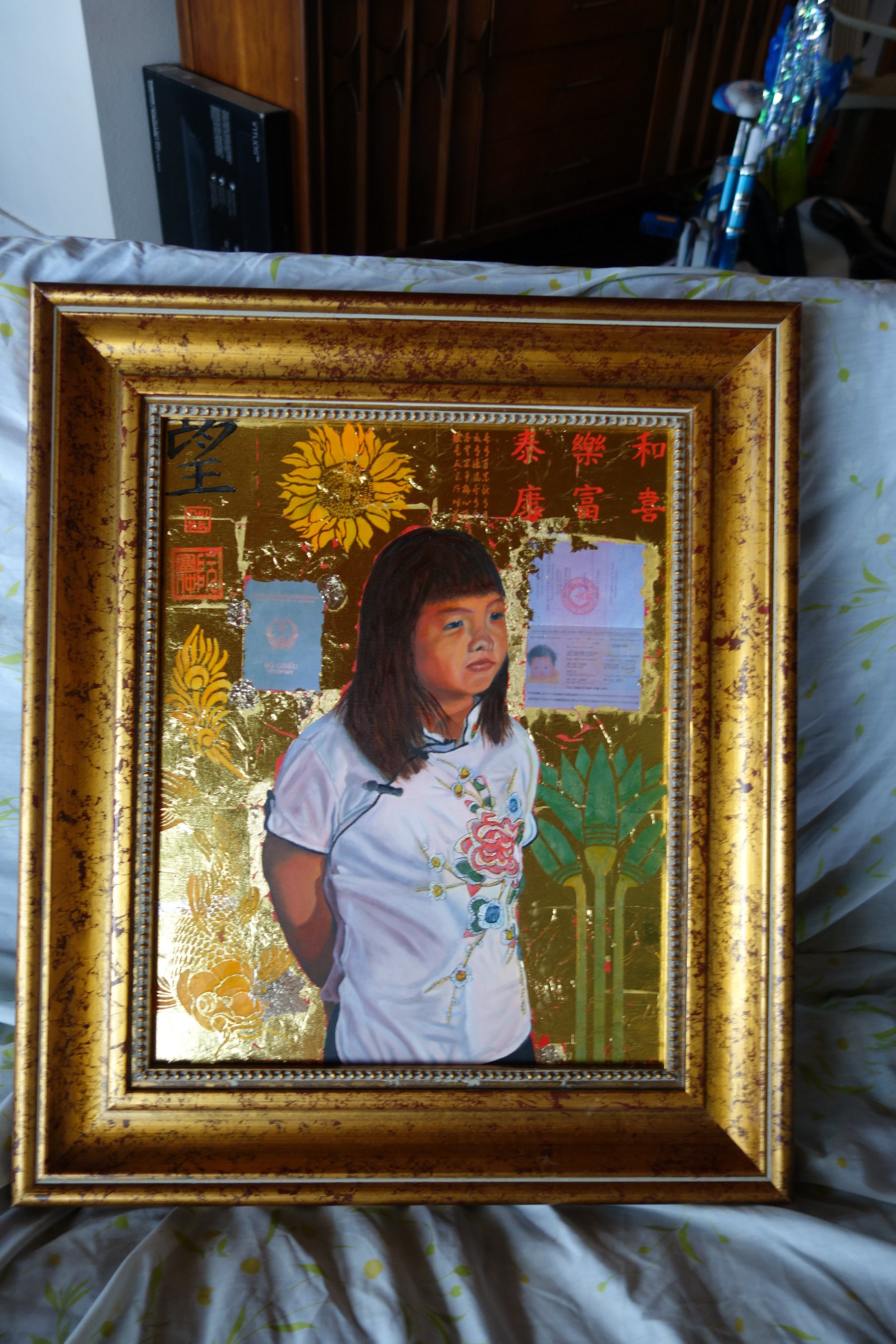 This painting is part of "Amelie-An Series"
Amelie-An was born in Can Tho, South Vietnam in February 2008 under a very dim star. She was abandoned as an infant due to her medical problems which left her disfigured and mentally retarded. I adopted her December of 2008 and fell in love with Amelie-An the moment I first held her in my arms. She smiled at me and I just knew we were meant to be together. The first painting I did was to celebrate the transformation of her appearance after her first surgery. I had not intended to do anymore paintings but I found myself being obsessed with capturing her fleeting emotions. When I paint her it feels like a way to show a uniquely personal side of her that is often hidden by her disabilities.

This painting is to be sold with frame