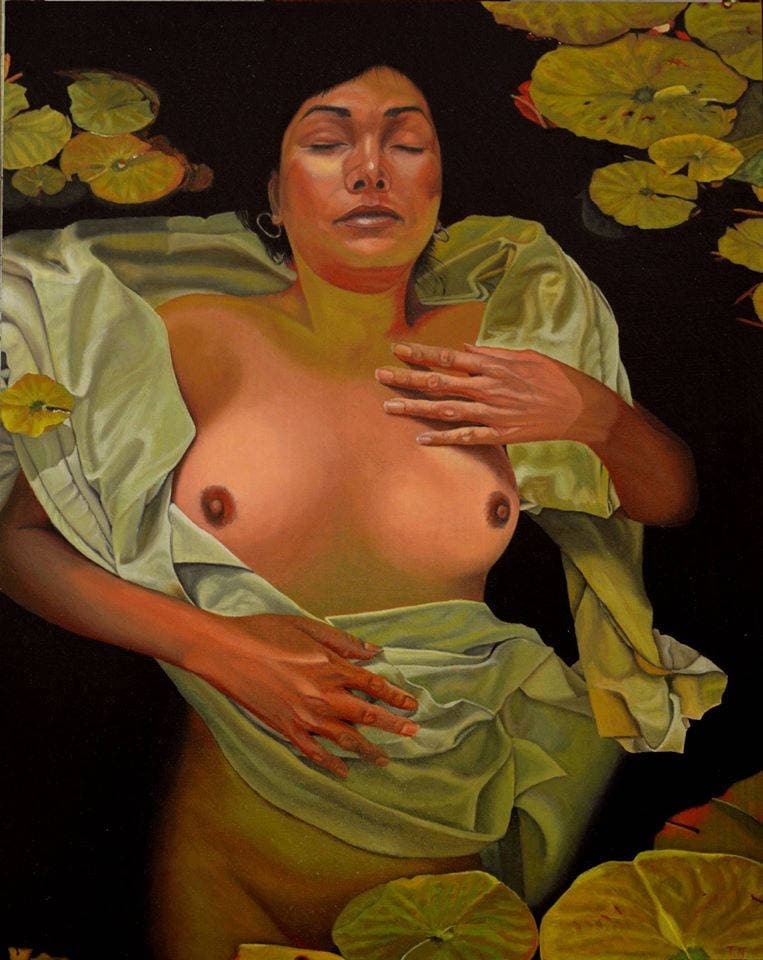 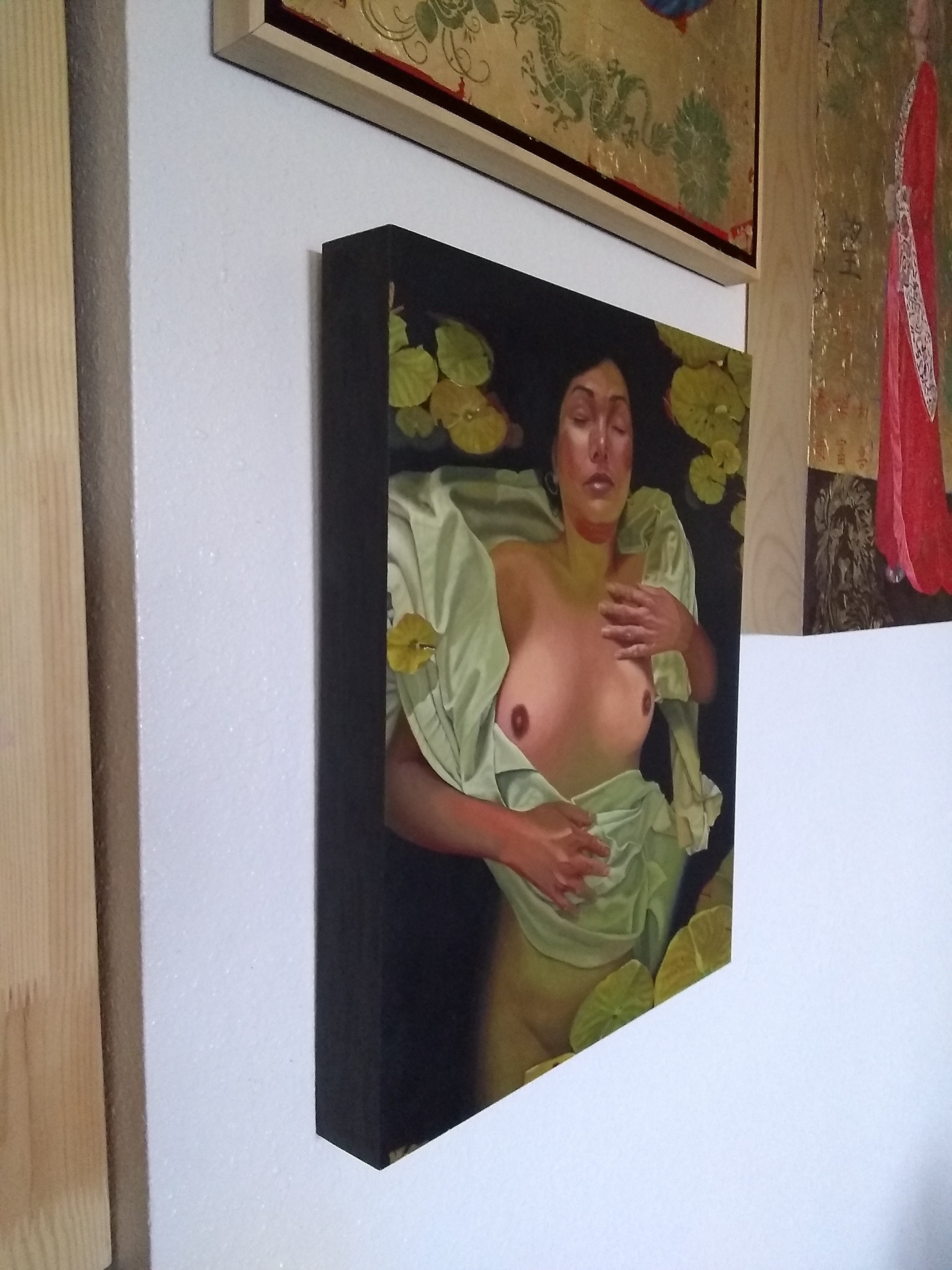 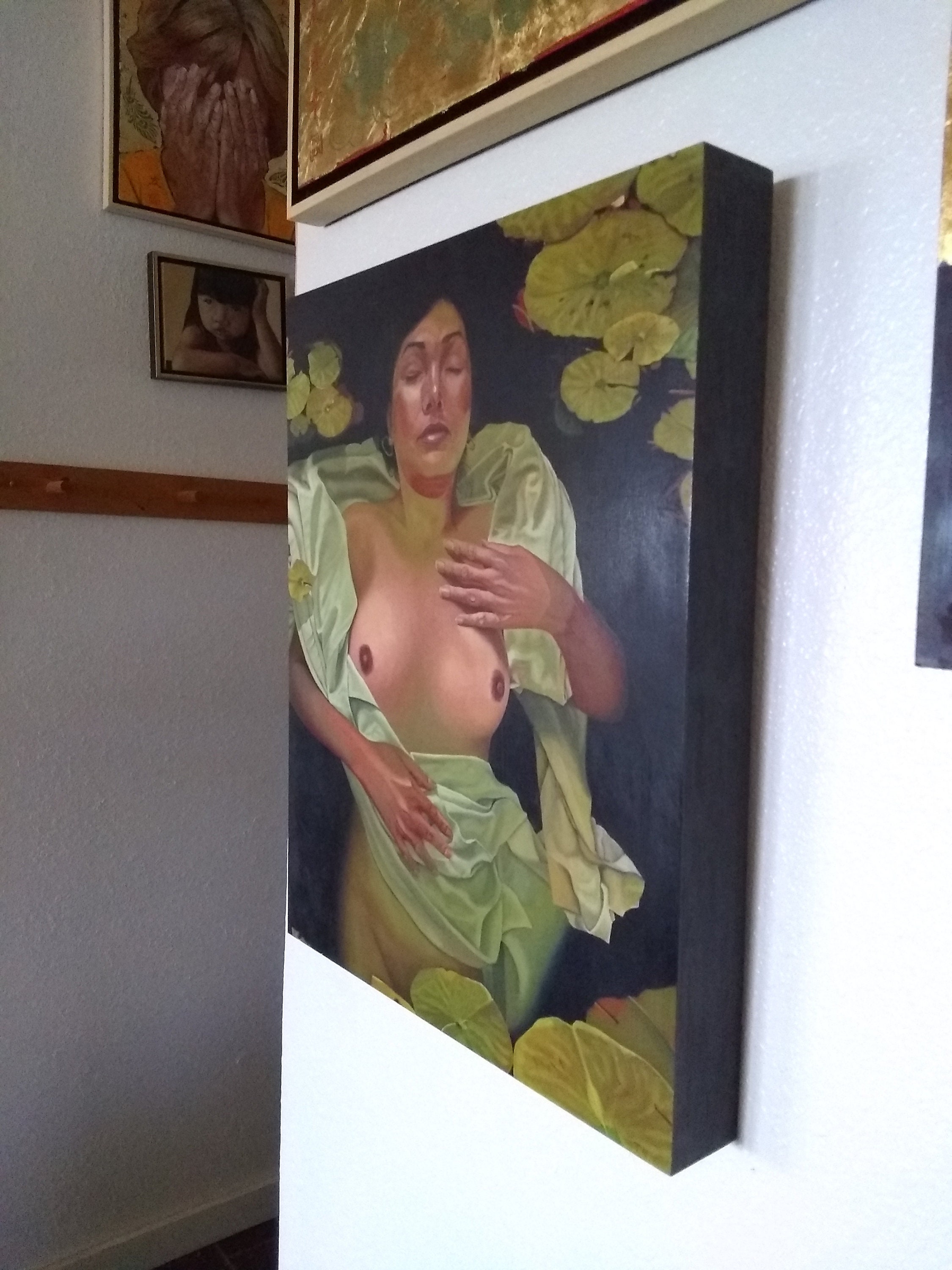 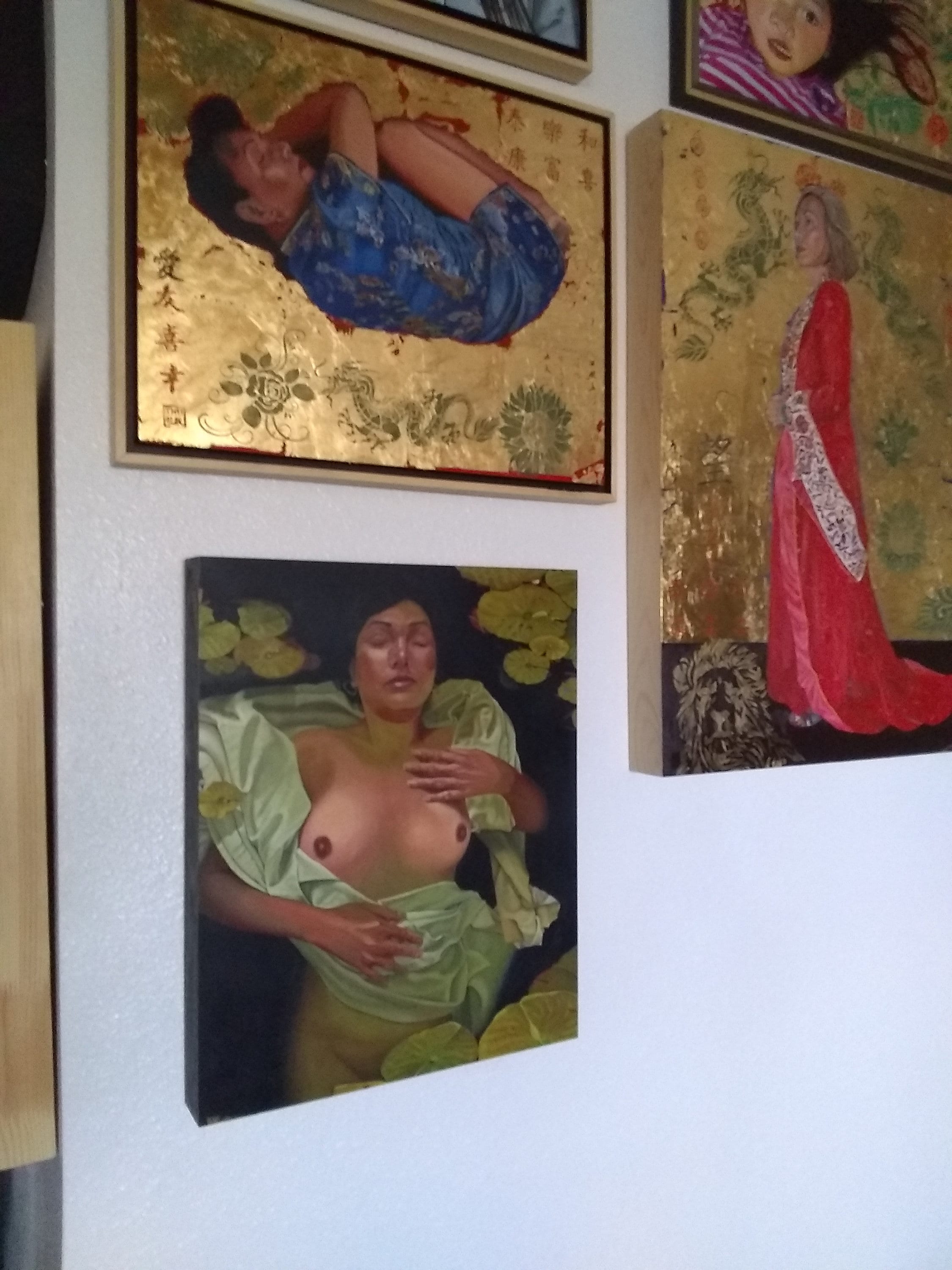 This is a self-portrait painting on ampersand panel, 16 x 20 inches, titled 8:30 A.M., wired on back ready for hanging without a frame.
It is a surreal painting and it would look great in your bedroom.
Nude art has been significant since the Ancient Greek era, a time where being naked was considered a heroic state but presented idealised and unrealistic expectations of the perfect form — a conversation that has circulated throughout the course of history and is still widely discussed today.

The tendency to sexualise the female form continued throughout the 20th century, but in 1970 painter Lucian Freud decided to approach the nude in a new way, painting the human form in its most natural state with complete disregard for idealisation and sexualisation (hoorah). This approach influenced artists across the world and now we see nude art that has broken down all aesthetic barriers.

Although it will always be art that focuses on the unclothed human form, the way this is created from concept to canvas presents a plethora of other meanings that we can gladly celebrate.

This painting has been exhibited at:
SAA Collective Gallery in the Hoogland Center for the Arts at 420 South 6th Street, Springfield, Illinois
"Go Figure"
Event Dates: 3/13/20 - 4/30/20
Won First Place Award